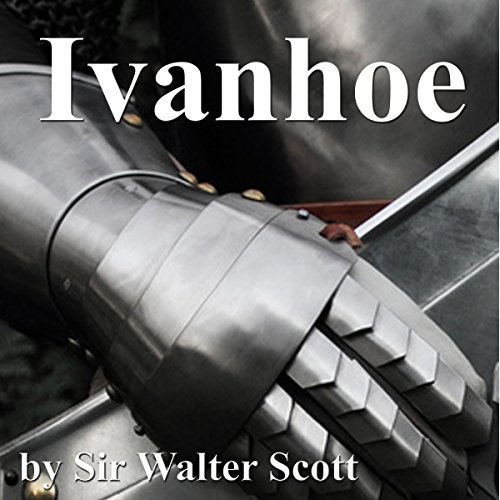 Sir Walter Scott's Ivanhoe takes place in the 12th century and follows one of the last remaining Saxon nobles, Wilfred of Ivanhoe. Set shortly after the crusades, Robin Hood, by the name of Locksley, is one of Scott's more famous characters. With his classic tenor voice, Jim Killavey serves as a good guide for Scott's Middle Ages. He harnesses the vernacular of the time with ease and his formality, although stiff in moments, fits the work's tone. Killavey's diction is quite remarkable, and he utilizes his deeper register to capture these masculine characters' voices.

Sir Walter Scott gathered a popular audience, larger than any audience before. A great innovator,he created one of the outstanding literary forms of the past 200 years - the historical novel. In Ivanhoe, Scott brings to life 12th century England. The disinherited knight Ivanhoe, his fair lady Rowena, Richard the Lion-Hearted and Robin Hood - these are people shaped by the forces of tradition, molded by their nation's history.
Public Domain (P)1986 Jimcin Recordings
Klassiker Belletristik Historische Romane
Mehr anzeigen Weniger anzeigen