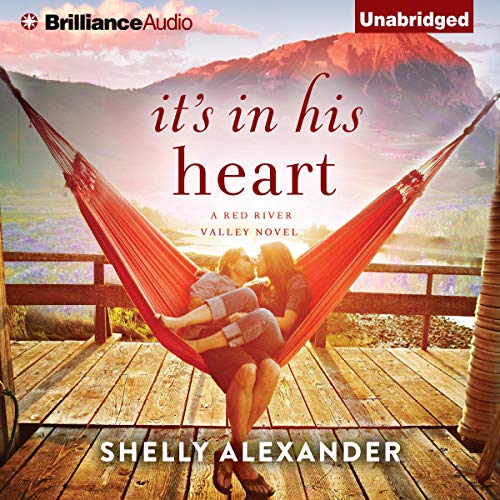 It's in His Heart

She has a secret. He has a scandal. And they both have an attraction they can't deny.

Ella Dennings is furious. Soaking wet, muddy, and furious. All she wants is to enjoy a quiet summer retreat in her Red River cabin. Maybe she can finish healing after the death of her husband, Bradley. Maybe she can even start writing that third book in her top secret bestselling erotica series. But when she arrives at the cabin in a raging June rainstorm, who does she find holed up there but Cooper Wells, Bradley's sexy best friend - a man capable of seducing women of all ages and cup sizes within seconds - and a man Ella has never liked.

Coop's got his own baggage. He's engulfed in a nasty legal battle, and after selling his condo to cover his legal fees, he's got nowhere to go but the cabin. He and Ella will just have to coexist under one roof...but is their heated animosity boiling over into attraction? And when Ella's racy new book rocks the sleepy town, will her secret identity spell scandal for both of them?

Das sagen andere Hörer zu It's in His Heart