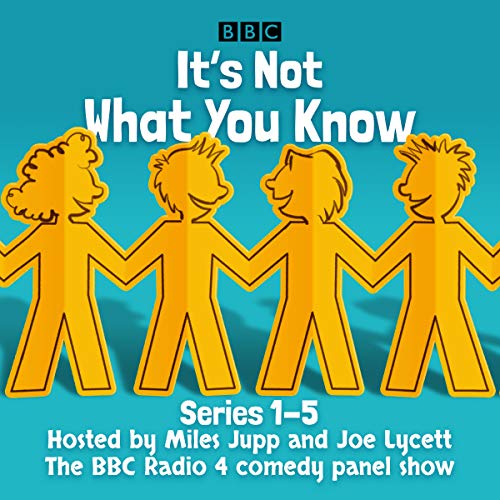 What would Jonathan Agnew do if he wasn't a cricket commentator? Who would play Romesh Ranganathan in a film of his life? What's the naughtiest thing Sara Pascoe did as a child?

It's not what you know but who you know that matters...and, indeed, how well you know them. The show is a bit like ‘Mr and Mrs’, except that it's not played by husbands and wives. Instead, panellists can pick anyone they like: dad, cousin, best friend, mother-in-law.

All these burning questions, and more, will be answered in this BBC comedy panel show hosted by Miles Jupp, where panellists are tested on how well they know their nearest and dearest.

Das sagen andere Hörer zu It's Not What You Know: Series 1-5