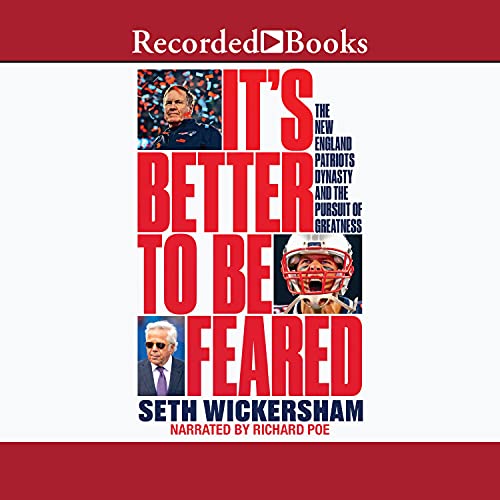 It's Better to Be Feared

Over two unbelievable decades, the New England Patriots were not only the NFL's most dominant team, but also - and by far - the most secretive. How did they achieve and sustain greatness - and what were the costs?

In It's Better to Be Feared, Seth Wickersham, one of the country's finest long form and investigative sportswriters, tells the full, behind-the-scenes story of the Patriots, capturing the brilliance, ambition, and vanity that powered and ultimately unraveled them. Based on hundreds of interviews conducted since 2001, Wickersham's chronicle is packed with revelations, taking us deep into Bill Belichick's tactical ingenuity and Tom Brady's unique mentality while also reporting on their divergent paths in 2020, including Brady's run to the Super Bowl with the Tampa Bay Buccaneers. Raucous, unvarnished, and definitive, It's Better to Be Feared is an instant classic of American sportswriting in the tradition of Michael Lewis, David Maraniss, and David Halberstam.

Das sagen andere Hörer zu It's Better to Be Feared