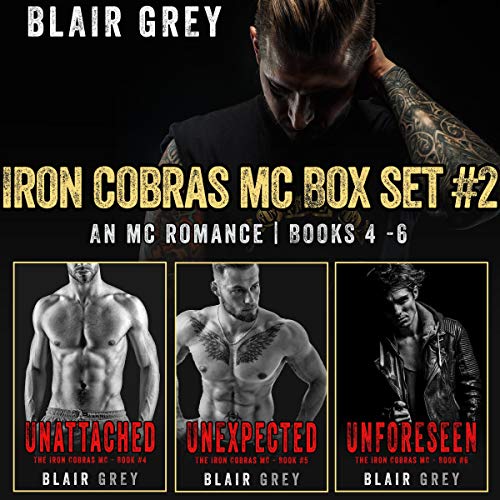 To prove my usefulness to the Iron Cobras, I have to go undercover and risk my life.

My name is Ryder, and I just got out of prison.

I go back to the Iron Cobras where I have been a member, even while I was in prison.

I thought my life could only get better, but then, the love of my life and I break up.

Not wanting to have to see her at the club every day, I decide to prove my usefulness to the MC and go undercover.

I join the Wicked Warlocks as a prospect and tell them that because I went to prison, the Iron Cobras kicked me out, and now, I want revenge.

This is where I see my high school girlfriend Janeen. She is an adult film actor known as Diamond Desire for the Wicked Warlocks.

I will do anything to get her away from the MC and the industry.

The Iron Cobras MC needs more security, and so, Clyde is tasked with making a deal with another club nearby.

He is stunned to find out that the president is not only a woman, but smoking hot.

He quickly falls for her.

When members of her own club try to kill her, he will do anything to protect her.

So, he becomes her security.

Garrett wants to get patched fast, and he knows the fastest way they will allow it is if he kills an enemy in law enforcement.

So, it goes to a vote that if he kills Bobby, a corrupt DEA agent targeting the MC, he can get his patch fast-tracked.

Garrett needs more motivation then that, so he looks into the DEA agent and finds he was convicted of assaulting a woman but only got probation.

But when he starts talking to the woman, it changes everything and not only puts his life in danger, but hers, too.