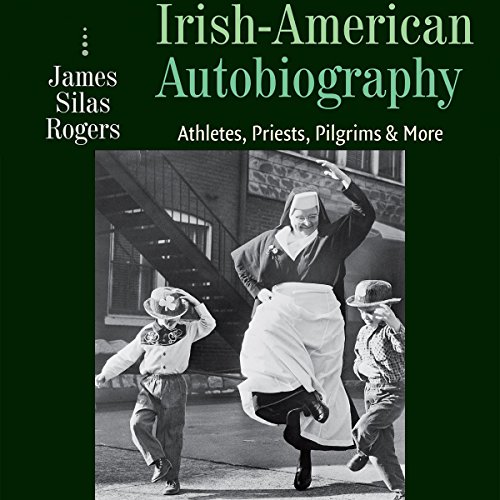 Irish-American Autobiography opens a new window on the shifting meanings of Irishness over the 20th century, by looking at a range of works that have never before been considered as a distinct body of literature. Opening with celebrity memoirs from athletes like boxer John L. Sullivan and ballplayer Connie Mack - written when the Irish were eager to put their raffish origins behind them - later chapters trace the many tensions, often unspoken, registered by Irish Americans who've told their life stories. New York saloonkeepers and South Boston step dancers set themselves against the larger culture, setting a pattern of being on the outside looking in. Even the classic 1950s TV comedy The Honeymooners speaks to the urban Irish origins, and the poignant sense of exclusion felt by its creator Jackie Gleason.

Catholicism, so key to the identity of earlier generations of Irish Americans, has also evolved. One chapter looks at the painful diffidence of priest autobiographers, and others reveal how traditional Irish Catholic ideas of the guardian angel and pilgrimage have evolved and stayed potent down to our own time. Irish-American Autobiography becomes, in the end, a story of a continued search for connection - documenting an "ethnic fade" that never quite happened.

The book is pubished by The Catholic University of America Press.

"Meticulously researched, intelligently orchestrated, and beautifully written. This is a wise, informative, excellent, and a vital contribution to both Irish and American Studies." (Eamonn Wall, author of Writing the Irish West: Ecologies and Traditions)