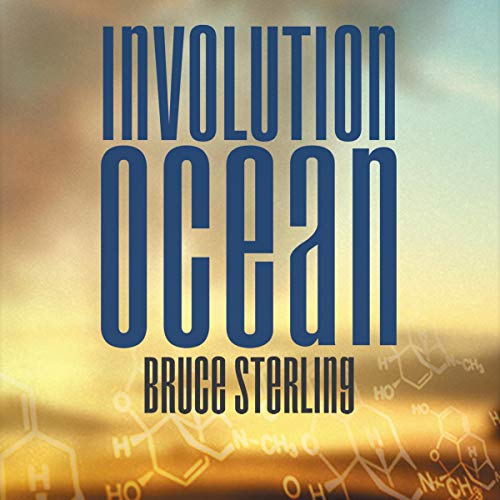 A far-future Moby-Dick by the author of Schismatrix: A desperate addict on a bleak, arid planet boards a whaling vessel to hunt the drug he craves.

The powerful narcotic syncophine, commonly known as Flare, comes from only one source: the oil of the gargantuan whale-like beasts that swim the dust sea of Nullaqua. It was John Newhouse’s addiction to the substance that made him a dealer and forced him to move to this airless, inhospitable planet. But when the all-powerful galactic Confederacy declares Flare illegal, the needs of Newhouse and his clientele leave the desperate off-worlder no choice but to sign on as an able seaman aboard a dustwhaler and hunt the giant creatures himself. Joining a crew of junkies and misfits, including a mad captain with his own dark and secret agenda and a bewitching, batlike alien woman who is pained by human touch, Newhouse sets out across the silica ocean at the bottom of a seventy-mile-deep crater in search of release and redemption . . . and sails toward a fateful confrontation between man and beast that could lead to catastrophe.

Bruce Sterling’s debut novel is a remarkable feat of world building—imaginative, provocative, and smart, featuring an unforgettable cast of colorful characters. If Herman Melville’s Moby-Dick unfolded on Frank Herbert’s Dune, the result might be something akin to Sterling’s extraordinary Involution Ocean.

“Sterling has expanded my mind. . . . He’s better than drugs—there’s none of the nasty side-effects.” (John Shirley, screenwriter of The Crow)