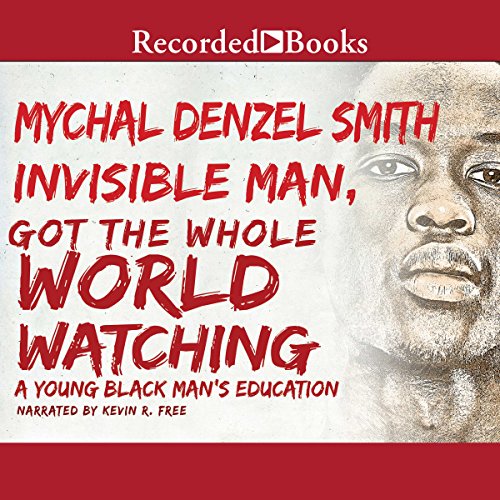 How do you learn to be a Black man in America? For young Black men today, it means coming of age during the presidency of Barack Obama. It means witnessing the deaths of Oscar Grant, Trayvon Martin, Michael Brown, Akai Gurley, and too many more. It means celebrating powerful moments of Black self-determination for LeBron James, Dave Chappelle, and Frank Ocean.

In Invisible Man, Got the Whole World Watching, Mychal Denzel Smith chronicles his own personal and political education during these tumultuous years, describing his efforts to come into his own in a world that denies his humanity. Smith unapologetically upends reigning assumptions about Black masculinity, rewriting the script for Black manhood so that depression and anxiety aren't considered taboo, and feminism and LGBTQ rights become part of the fight. The questions Smith asks in this book are urgent - for him, for the martyrs and the tokens, and for the Trayvons who could have been and are still waiting.