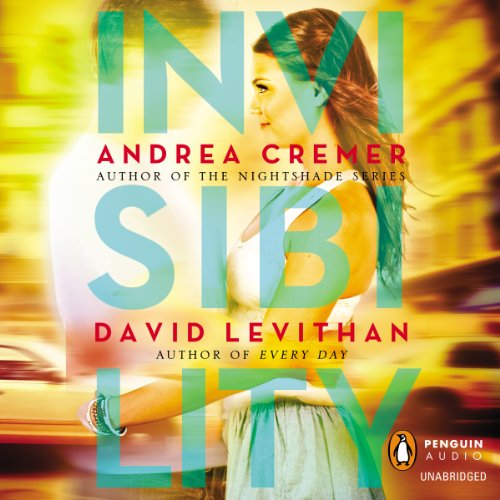 A magical romance between a boy cursed with invisibility and the one girl who can see him, by New York Times best-selling authors Andrea Cremer and David Levithan.

Stephen is used to invisibility. He was born that way. Invisible. Cursed.

Elizabeth sometimes wishes for invisibility. When you're invisible, no one can hurt you. So when her mother decides to move the family to New York City, Elizabeth is thrilled. It's easy to blend in there.

Then Stephen and Elizabeth meet. To Stephen's amazement, she can see him. And to Elizabeth's amazement, she wants him to be able to see her - all of her. But as the two become closer, an invisible world gets in their way - a world of grudges and misfortunes, spells and curses. And once they're thrust into this world, Elizabeth and Stephen must decide how deep they’re going to go - because the answer could mean the difference between love and death.

"Levithan and Cremer again prove themselves masters of their craft. The inventive, enrapturing story that follows involves spellseekers and a curse-casting grandfather, but Stephen’s and Elizabeth’s journey is largely about redemption, self-acceptance, and love. Cremer and Levithan make Stephen’s invisibility something every reader can relate to, and therein lies the magic." (Publishers Weekly, starred review)

"A must-read for both the realist and the romantic!" (Teen Vogue)

"This dynamic duo has crafted a magical NYC love story that brings everything wonderful from their previous books into a novel that packs the adventure and plot twists of the Curse Workers series with a story that celebrates the joy of being honest and truly VISIBLE to another person." (Justine Magazine)