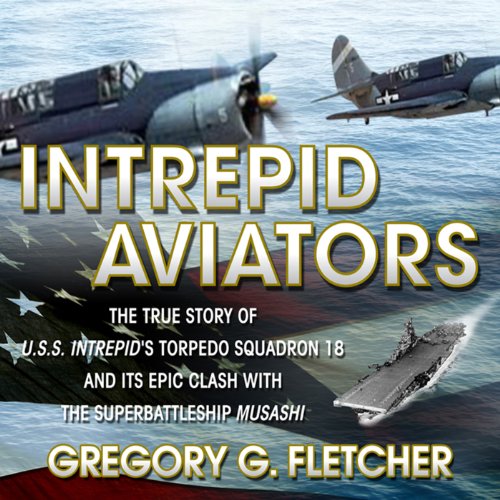 On the morning of October 24, 1944, in the Sibuyan Sea amidst the Philippine Islands, VT-18, a close-knit squadron of six young American torpedo bomber pilots, departed the aircraft carrier USS Intrepid on a search and destroy mission. Their target: the super-battleship Musashi, the pride of the Imperial Japanese Navy. The pilots were tasked with preventing the immense enemy warship and the huge naval armada of which she was a part from inflicting unspeakable damage on the transports and supply ships that were supporting the American amphibious landings within nearby Leyte Gulf. Little did these young men know that they had embarked on the opening rounds of history’s greatest - and last - epic naval battle.

Two bomber crews launched in the first wave of attackers were shot out of the sky. Only pilot Will Fletcher survived the crash landing. Adrift at sea, Will made his way to land and escaped into the jungles of the Philippines, where he eluded capture by the Japanese with the help of Filipino guerrillas and joined their ranks against their common enemy.

Intrepid Aviators is the thrilling true story of the brave bomber pilots, their daring duel with the Musashi, and Will Fletcher’s struggle to survive as a guerrilla soldier. The sinking of Musashi inflicted a crucial blow in the Battle of Leyte Gulf, and would mark the first time in history that aviators had sunk a Japanese battleship on the high seas.

“Gregory Fletcher's enthralling Intrepid Aviators beautifully recreates the epic clash between the USS Intrepid's Torpedo Squadron 18 and the Japanese battleship Musashi, one of the most important engagements of World War II. A thrilling, deeply moving literary memorial to the American flyboys whose immense sacrifice and courage really did change the world.” (Alex Kershaw, New York Times best-selling author of The Longest Winter)