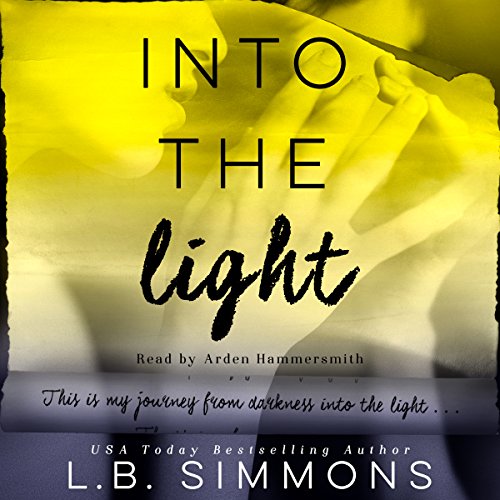 "As long as you continue to travel through life in this darkness, you will never know how beautiful your light truly shines when you let yourself love and be loved. Trust me when I say, it's a breathtaking sight to see. You burn as bright as the sun."

Overcome with guilt and unable to cope with the loss of her beloved family, she has long since buried eight-year old Aubrey along with them and transformed herself into Raven Miller. Now with jet-black hair, multiple sets of eccentric contact lenses, and several facial piercings, she's veiled herself in complete darkness as a form of protection for herself, as well as others.

As she enters her first year of college, her goal is simple: earn a degree with the least amount of social interaction as possible. What she never anticipates is the formation of very unlikely relationships with two people who will change her life in ways she never believed possible: Quinn Matthews, the overtly cheerful pageant queen, and Kaeleb McMadden, a childhood friend who never really let her go.

Over the years, as their connections intertwine and strengthen, a seemingly indestructible bond is formed between the three. And eventually, the ties of friendship and discovery of first love begin to coax her from her darkened path as they slowly bring Aubrey back to life.

But when faced with the possibility of yet another death, one from which she may never recover, Aubrey finds herself lost again, burying herself deeper than ever before beneath the familiar abyss of her fears.

Spanning the course of four years, this is the story of a young woman's journey to finally reemerge, finding strength within unbreakable bonds as she delivers herself from her own manufactured darkness and safely back into the light.