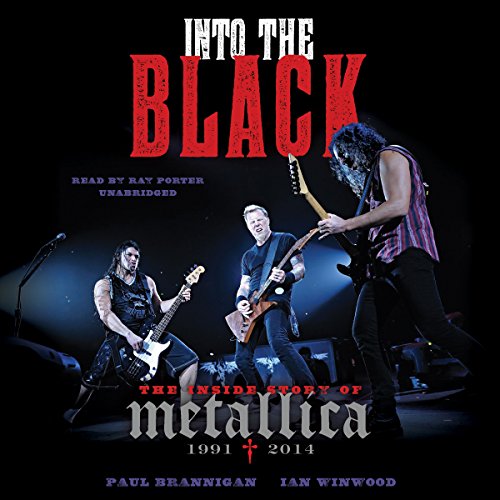 The final chapter of Paul Brannigan and Ian Winwood's in-depth coverage of Metallica details the latter half of the band's extraordinary, decades-long career.

The second volume of Metallica's definitive biography opens as the band breaks through to mainstream with its fifth album, Metallica (a.k.a. The Black Album), topping the Billboard charts and its hit single "Enter Sandman" dominating the airwaves. By 1993, after a two-year tour, Metallica had become the biggest hard-rock band in the world. Success naturally brought new challenges, and the band ran the risk of alienating its original fans. It was beset by controversy over stylistic shifts, concessions to the mainstream, its stance on file sharing (in Metallica v. Napster), even the band members' haircut decisions. By the end of the century, they were a band teetering on the brink of self-destruction. A stunning return to form awaited, however.

Brilliantly chronicled by top UK music writers Paul Brannigan and Ian Winwood, this is a masterful conclusion to an epic rock tome.