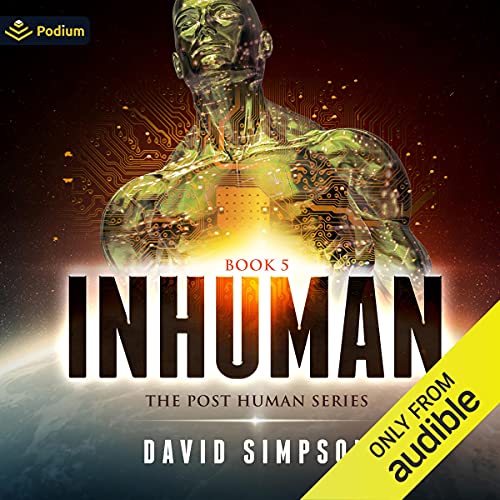 Inhuman is Book 5 in the best-selling, smash hit phenomenon, Post-Human series. Listeners will get to rejoin all of the characters they fell in love with along the way in the previous 4 audiobooks. Inhuman not only ties the first four audiobooks together, it also introduces a new villain, one that has been lurking in the background throughout, and that will trump any villain in the history of literature, film, or comics. V-SINN is its name, and, this time, it may just be too much for the post-humans to handle.

Inhuman is to the Post-Human series as The Empire Strikes Back was to Star Wars - the middle act when revelations emerge, old sins come back to haunt, and the journey of the heroes that listeners have fallen in love with deepens, darkens, and entertains to a whole new level. Post-Human fans will not be disappointed with this epic middle act! Enjoy!