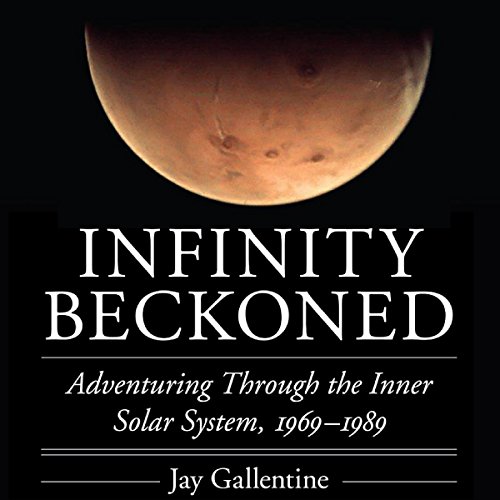 Infinity Beckoned illuminates a critical period of space history when humans dared an expansive leap into the inner solar system. Jay Gallentine conveys the trials and triumphs of the people on the ground who conceived and engineered the missions that put robotic spacecraft on the heavenly bodies nearest our own. Based on numerous interviews, Gallentine delivers a rich variety of stories involving the men and women, American and Russian, responsible for such groundbreaking endeavors as the Mars Viking missions of the 1970s and the Soviet Venera flights to Venus in the 1980s. From the dreamers responsible for the Venus landing who discovered that dropping down through heavy clouds of sulfuric acid and 900-degree heat was best accomplished by surfing to the five-man teams puppeteering the Soviet moon rovers from a top-secret, off-the-map town without a name, the people who come to life in this book persevered in often trying, thankless circumstances. Their legacy is our better understanding of our own planet and our place in the cosmos.

"In this lively and memorable journey, Jay Gallentine captures the amazing people behind history's robotic explorers, who journeyed where no machines had gone before." (Andrew Chaikin, author of A Man on the Moon)
"Truly engaging account of lunar and planetary exploration in the halcyon days of the 1970s and 1980s, when scientists and engineers were boldly pushing into the unknown." (Asif Siddiqi, author of The Red Rockets' Glare)
" Infinity Beckoned is a stirring account of the robotic race to the moon, Venus, and Mars..." (Roger Launius, Smithsonian Institution)