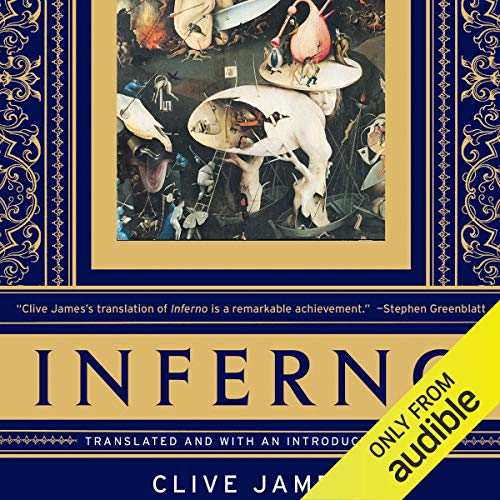 Dante's immortal vision of hell shines "as it never did before in English verse" (Edward Mendelson) in Clive James' new translation of Inferno.

The most captivating part of perhaps the greatest epic poem ever written, Dante's Inferno still holds the power to thrill and inspire. The medieval equivalent of a thriller, Inferno follows Dante and his faithful guide, Virgil, as they traverse the complex geography of hell, confronting its many threats, macabre punishments, and historical figures before reaching the deep chamber where Satan himself resides. Now, in this new translation, Clive James communicates not just the transcendent poetry of Dante's language but also the excitement and terror of his journey through the underworld. Instead of Dante's original terza rima, a form that in English tends to show the strain of composition, James employs fluently linked quatrains, thereby conveying the seamless flow of Dante's poetry and the headlong momentum of the action. As James writes in his introduction, Dante's great poem "can still astonish us, whether we believe in the supernatural or not. At the very least it will make us believe in poetry."