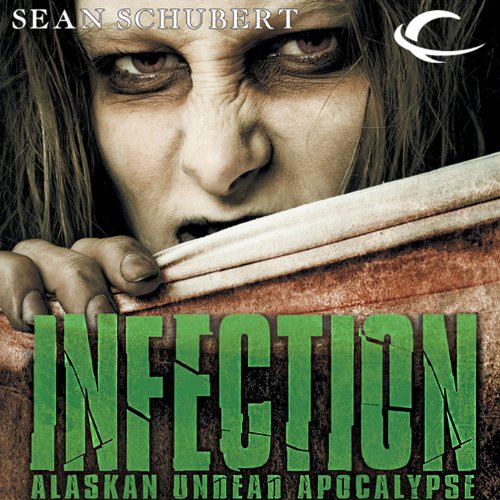 Nature is the biggest threat to the people of Anchorage until they have to face the very unnatural, in the initial work of Sean Schubert’s Alaskan Undead series.

Daniel May performs the gritty, disturbing, action-packed tale that gnaws at something primeval within us all. Disturbing descriptions interweave with hope and desperate attempts to survive against a plague brought to the northern civilization on the edge by boys on a camping trip and their discovery of what appears to be a dead body slowly thawing in a melting glacier.

Anchorage, Alaska: gateway to serene wilderness of The Last Frontier. No stranger to struggle, the city on the edge of the world is about to become even more isolated.

When a plague strikes, Anchorage becomes a deadly trap for its citizens. The only two land routes out of the city are cut, forcing people to fight or die as the infection spreads. Danny and Jules, just children, witness the beginning stages of the pestilence. Neil watches helplessly from his office cubicle as Midtown is ravaged. Dr. Caldwell attempts to flee the madness of Providence Hospital, the epicenter of the outbreak. The lives and survival of these few become intertwined in the aftermath of the onslaught. Coming together as strangers, they begin to form stronger bonds--even as hope slips away and they realize there may be no rescue coming.