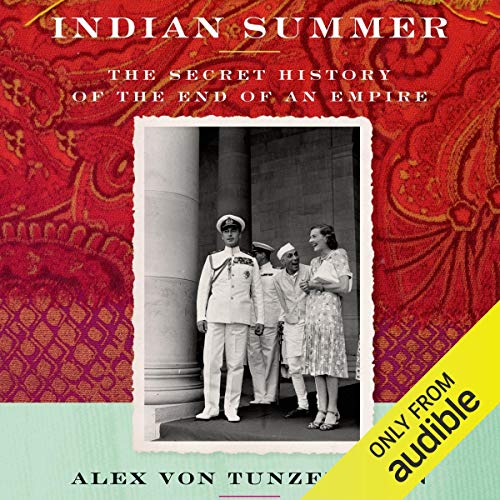 At the stroke of midnight on August 15, 1947, the British Empire withdrew from India, igniting the exhilaration and turmoil of a newly free society. In this vivid, atmospheric popular history, Alex von Tunzelmann chronicles these times through the most prominent figures: Dickie Mountbatten, Britain's dashing, inept last viceroy; Dickie's savvy, glamorous wife, Edwina, who found the love of her life in Jawaharlal Nehru, India's new prime minister; Muslim leader Muhammad Ali Jinnah; and Mohandas Gandhi. Tunzelman's thrilling chronicle "removes the veil from the colorful personalities and events behind India's independence and partition with Pakistan" (The Washington Post).

"In her scintillating debut, British author von Tunzelmann keeps one eye on the big picture, but foregrounds the personalities and relationships of the main political leaders - larger-than-life figures whom she cuts down to size.... [A] compelling narrative history, combining dramatic sweep with dishy detail." (Publishers Weekly)
"This is history as multiple, interconnected biography... a book more concerned with the smaller, more colorful threads of individual character than with the broader tapestry of history and retrospective judgment.... Indian Summer achieves something both simpler and rarer, placing the behavior and feelings of a few key players at the center of a tumultuous moment in history." (The New York Times Book Review)
“Nicola Barber’s narration is warm and intelligible, despite her entirely appropriate posh British vowels. Barber does an excellent job of pronouncing the names and titles of the various Indian places, princes, and pundits.” (AudioFile)

history from its most entertaining perspective

If you are looking for entertsinment as well as information listen to this book. Alex von Tunzelmann portrays historical personalities in an affective and personal light and gives a strikingly different picture of the era than our history books did, thus turning facts and figures into thoughts that stick in your head. Gandhi, in Western cultures nowadays beheld as a saint, is depicted as a rather controversial historical figure, while the love live of the Mountbattens appears more progressive than one would assume in that time and Lord Mountbatten could be one of Jane Austen's caricatures. Von Tunzelmann writes very clearly and elaborately, so that people who learned English as a second language (like me) can follow and enjoy her writing.