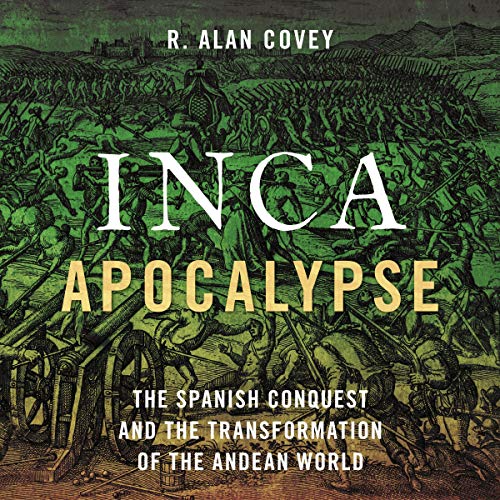 Previous accounts of the fall of the Inca empire have played up the importance of the events of one violent day in November 1532 at the highland Andean town of Cajamarca. To some, the "Cajamarca miracle" - in which Francisco Pizarro and a small contingent of Spaniards captured an Inca who led an army numbering in the tens of thousands - demonstrated the intervention of divine providence. To others, the outcome was simply the result of European technological and immunological superiority.

Inca Apocalypse develops a new perspective on the Spanish invasion and transformation of the Inca realm. R. Alan Covey's sweeping narrative traces the origins of the Inca and Spanish empires, identifying how Andean and Iberian beliefs about the world's end shaped the collision of the two civilizations. Rather than a decisive victory on the field at Cajamarca, the Spanish conquest was an uncertain, disruptive process that reshaped the worldviews of those on each side of the conflict. The survivors built colonial Peru, a new society that never forgot the Inca imperial legacy or the enduring supernatural power of the Andean landscape.

Covey's rich new history, based on the latest archaeological and historical evidence, illuminates mysteries that still surround the last days of the largest empire in the pre-Colombian Americas.