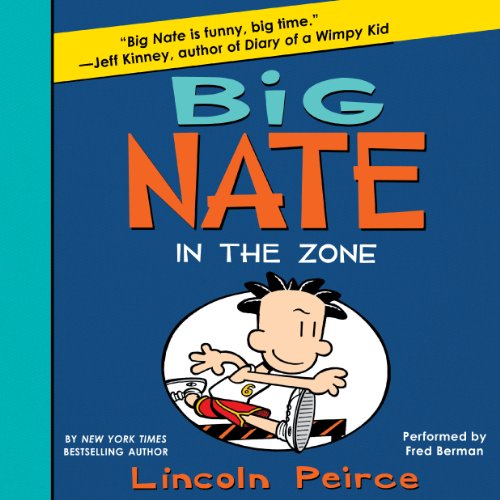 Soon to be an animated series from Nickelodeon!

The sixth Big Nate book in the New York Times best-selling series by Lincoln Peirce! Perfect for fans of the hilarious Diary of Wimpy Kid series.

A laugh out loud must-listen novel starring the one and only cartooning genius, king of detention, and Cheez Doodle connoisseur, Nate Wright. Nate’s not having the best of luck...in fact; he’s not having ANY luck. But with a little boost thanks to Chad’s lucky foot, suddenly good luck is everywhere Nate turns! Nate’s in the zone! But how long will it last?

Includes a sneak peek to the seventh Big Nate novel!