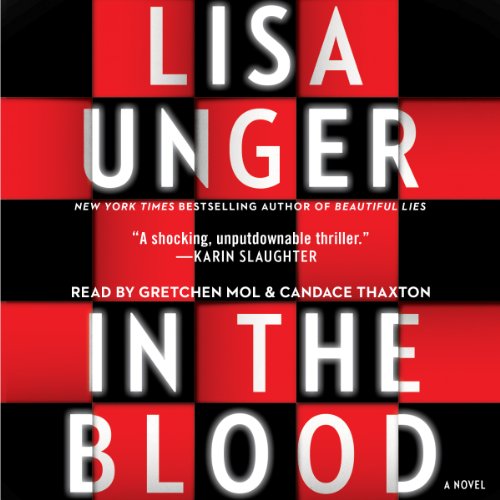 In the Blood is the Lisa Unger novel we've all been waiting for - and a return to the dark psychological suspense that made Beautiful Lies a bestseller around the world.

Lana Granger lives a life of lies. She has told so many lies about where she comes from and who she is that the truth is like a cloudy nightmare she can’t quite recall. About to graduate from college and with her trust fund almost tapped out, she takes a job babysitting a troubled boy named Luke. Expelled from schools all over the country, the manipulative young Luke is accustomed to controlling the people in his life. But, in Lana, he may have met his match. Or has Lana met hers?

When Lana’s closest friend, Beck, mysteriously disappears, Lana resumes her lying ways—to friends, to the police, to herself. The police have a lot of questions for Lana when the story about her whereabouts the night Beck disappeared doesn’t jibe with eyewitness accounts. Lana will do anything to hide the truth, but it might not be enough to keep her ominous secrets buried: Someone else knows about Lana’s lies. And he’s dying to tell.

Lisa Unger's writing has been hailed as “sensational” (Publishers Weekly) and “sophisticated” (New York Daily News), with “gripping narrative and evocative, muscular prose” (Associated Press). Masterfully suspenseful, finely crafted, and written with a no-holds-barred raw power, In the Blood is Unger at her best.