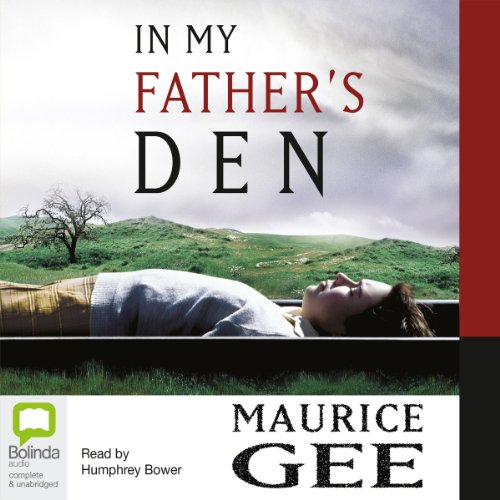 In My Father's Den

Award-winning voice actor Humphrey Bower delivers a captivating performance of Maurice Gee’s novel In My Father's Den. His dulcet voice and gentle delivery are well suited to this harrowing tale. One Sunday afternoon, the body of 17-year-old Celia Inverarity is found in a West Auckland park. Her English teacher, Paul Prior, is a suspect in her death. Prior begins to recall his past, and focuses on his father’s den. As the investigation wears on, a family is torn apart.

When Celia Inverarity, aged 17, is found brutally murdered in a secluded West Auckland park one Sunday afternoon, Paul Prior, her English teacher and mentor, is suspected of being her murderer. Celia's death and the violence which follows send Prior back to examine the past - a past that is as secret as his father's den in the old poison shed. Eventually the murderer is exposed, but not before a family has been split apart and old wounds revealed.