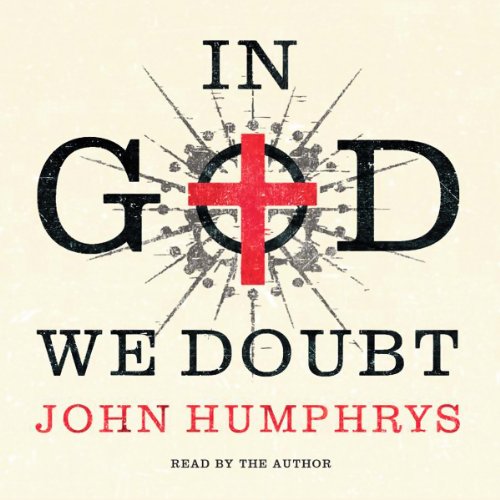 In God We Doubt

Throughout the ages believers have been persecuted: usually for believing in the "wrong" God. So have non-believers who have denied the existence of God as superstitious rubbish. Today it is the agnostics who are given a hard time. They are scorned by believers for their failure to find faith and by atheists for being hopelessly wishy-washy and weak-minded.

But John Humphrys is proud to count himself among their ranks. In this audiobook he takes us along the spiritual road he himself has travelled. He was brought up a Christian and prayed every day of his life, until his growing doubts finally began to overwhelm his faith. As one of the nation's most popular and respected broadcasters, he had the rare opportunity in 2006 of challenging leaders of our three main religions to prove to him that God does exist.

The Radio Four interviews, Humphrys In Search of God, provoked the biggest response to anything he has done in half a century of journalism. The interviews and the massive reaction from listeners had a profound effect on him - but not in the way he expected. Doubt is not the easy option. But for the millions who can find no easy answers to the most profound questions, it is the only possible one.