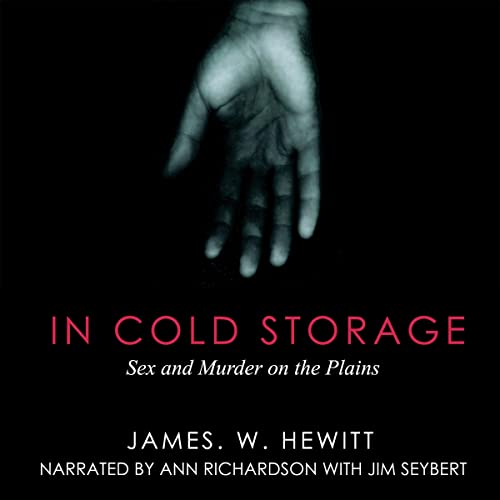 In 1973, the small southwest Nebraska railroad town of McCook became the unlikely scene of a grisly murder. More than 40years later, author James W. Hewitt returns to the scene and unearths new details about what happened.

After pieces of Edwin and Wilma Hoyt’s dismembered bodies were found floating on the surface of a nearby lake, authorities charged McCook resident Harold Nokes and his wife, Ena, with murder. Harold pleaded guilty to murder and Ena pleaded guilty to two counts of wrongful disposal of a dead body, but the full story of why and how he murdered the Hoyts has never been told.

Hewitt interviews law enforcement officers, members of the victims’ family, weapons experts, and forensic psychiatrists, and delves into newspaper reports and court documents from the time. Most significant, Harold granted Hewitt his first and only interview, in which the convicted murderer changed several parts of his 1974 confession. In Cold Storage takes listeners through the evidence, including salacious details of sex and intrigue between the Hoyts and the Nokeses, and draws new conclusions about what really happened between the two families on that fateful September night.