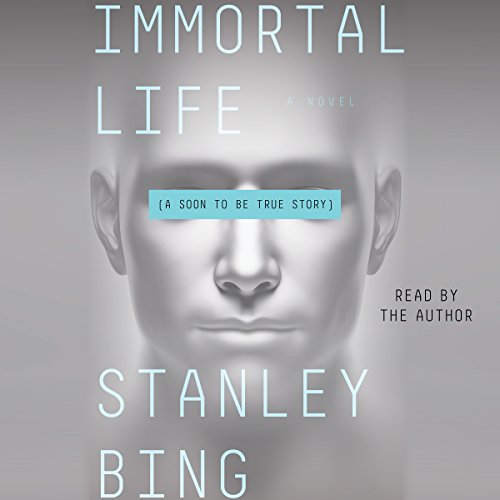 An ancient mogul has bought the power to live forever, but the strong young body he plans to inhabit has other ideas. The battle for immortal life begins.

Immortal life. A fantasy. An impossible dream. For now, maybe. But as we speak, the moguls of Big Tech are pouring their mountain of wealth into finding a cure for death. Don't tell them they won't succeed.

None of these titans is richer than Arthur Vogel. This inventor, tech tycoon, and all-round monster has amassed trillions (with a T) and rules over a corporate empire stretching all the way to Mars. The newest - and most expensive - life extension technology has allowed him to live to 127 years, but time is running out. His last hope to escape the inevitable lies with Gene, a human being specifically created for the purpose of housing Arthur's consciousness. The plan is to discard his used-up old carcass and come to a second life in a young, strong body with all appropriate working parts. But there's a problem: Gene. He may be artificial, but he is a person. And he has other ideas.

As Arthur sets off to achieve his goal of world domination, Gene hatches a risky plan of his own. The forces against him are very, very rich, extremely determined, and used to getting what they pay for. The battle between creator and creation is joined as the two minds wrestle for control of one body.

This story is real. The tech is in development. The sponsors are the titans of industry well known to you. Eternal life may very soon be at the fingertips of those who can afford it.

Mixing brisk action, humor, and wicked social commentary, Immortal Life imagines a day just around the corner. Welcome to a brave new world that is too familiar for comfort - and watch the struggle for humanity play out to the bitter end.