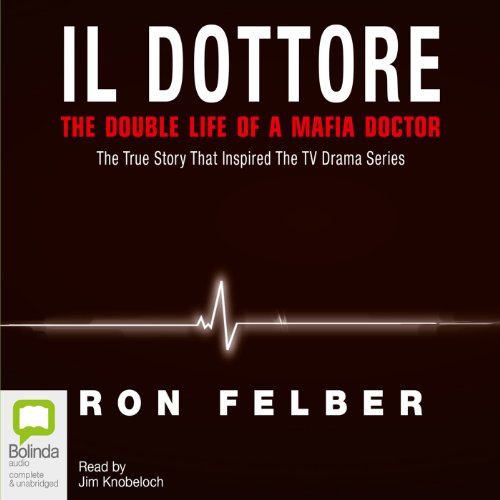 Larger-than-life figures John Gotti and Paul Castellano figure prominently in Ron Felber's compelling Il Dottore, based on the true story of "mob doctor" Elliot Litner, a self-described "nerdy Jewish kid from the Bronx" who found the allure of the La Cosa Nostra lifestyle too difficult to resist.

Jim Knobeloch's authoritative, no-nonsense performance pulls no punches and captures the grittiness and volatility of the mafia's heyday in the 1970s and 80s in Felber's unflinching look at the consequences of getting involved with "made guys".

Based on true events, a vivid behind-the-scenes look at the New York Mafia and the story of one man's struggle with good and evil.

Il Dottore is the true story of a "nerdy Jewish kid" from the Bronx who, through a series of circumstances, became physician to top Mafia Dons including John Gotti, Carlos Gambino, and Joe Bonanno. At the same time, his reputation as a medical genius was spreading, and he was fast becoming one of the nation's leading cardiac surgeons. Ron Felber paints a vivid portrait of this doctor's unlikely life in the fast lane as he becomes a top confidante of New York's most notorious criminals. Eventually he is forced to make a choice between his loyalty to the mafia and his medical career.