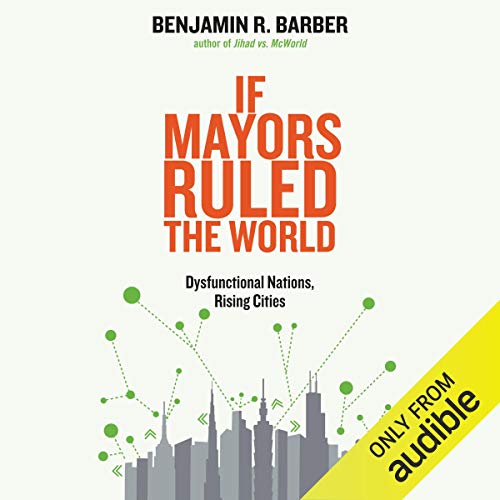 If Mayors Ruled the World

In the face of the most perilous challenges of our time—climate change, terrorism, poverty, and trafficking of drugs, guns, and people—the nations of the world seem paralyzed.

The problems are too big, too interdependent, too divisive for the nation-state. Is the nation-state, once democracy's best hope, today democratically dysfunctional? Obsolete? The answer, says Benjamin Barber in this highly provocative and original book, is yes. Cities and the mayors who run them can do and are doing a better job.

Barber cites the unique qualities cities worldwide share: Pragmatism, civic trust, participation, indifference to borders and sovereignty, and a democratic penchant for networking, creativity, innovation, and cooperation. He demonstrates how city mayors, singly and jointly, are responding to transnational problems more effectively than nation-states mired in ideological infighting and sovereign rivalries. Featuring profiles of a dozen mayors around the world—courageous, eccentric, or both at once—If Mayors Ruled the World presents a compelling new vision of governance for the coming century. Barber makes a persuasive case that the city is democracy’s best hope in a globalizing world, and great mayors are already proving that this is so.