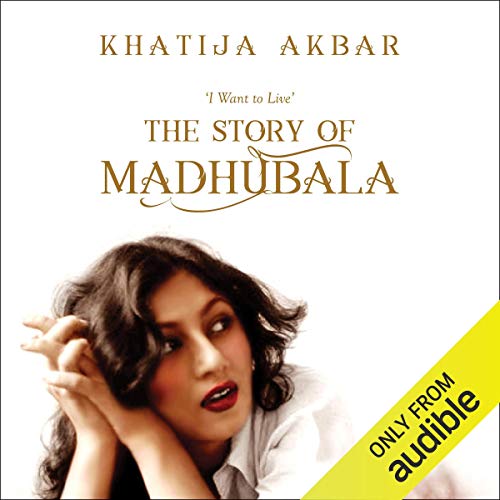 I Want to Live

I Want to Live

Madhubala - the very name conjures up vivid images of a love goddess possessing bewitching beauty, dazzling radiance, subtle sensuality and, above all, a tantalizing screen presence. Her ‘reel life’ histrionic performances held (and continue to hold) audiences/viewers entranced. Her talent was phenomenal, and she could literally glide through a movie, whatever be the role. She could convey an impressive array of emotions with her eloquent eyes and facial expressions without resorting to melodramatic contortions. Tragedy, romance, comedy, drama, and what have you - she could take everything in her stride, exquisitely and flawlessly, as convincingly proved by superhits such as Mahal, Tarana, Chalti Ka Naam Gaadi and the magnum opus Mughal-e-Azam. All this she achieved despite a major heart disease, which assumed serious proportions as her career soared.

This volume presents a fascinating panorama not only of the ‘reel life’ Madhubala but also of the ‘real life’ Madhubala, who was an extremely compassionate and caring human being, but lived in the shadow of her dominant father. The author recounts her captivating saga, right from her first film - Basant (1942), as a child star, up to the magnificent Mughal-e-Azam (1960) and beyond. Enthralling cameos from her masterpieces such as Mahal, Mr & Mrs 55 and Amar are depicted in graphic detail. Also, all the drama involved in her love affair with Dilip Kumar, which culminated in intense acrimony, has been poignantly portrayed. The last few years of her life were spent in virtual solitude in spite of her being married to Kishore Kumar, and death, in a way, came as a release for her.