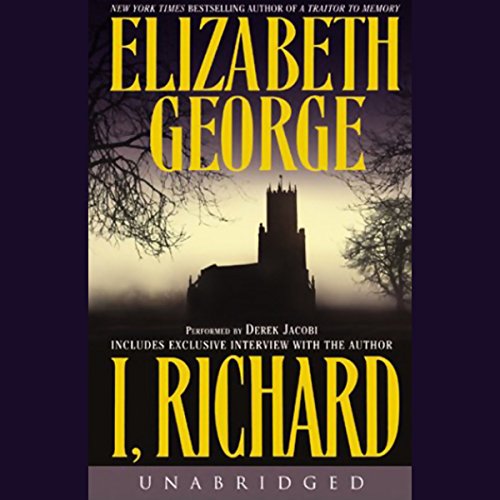 Hailed by The New York Times as "a master of the British Mystery", award-winning author Elizabeth George is cherished by readers on both sides of the Atlantic. Her first collection of short stories is an extraordinary offering that deftly explores the lengths to which people will go to get what they want most.

In these five original tales, George plumbs the depths of human nature as only she can. From the chilling tale of a marriage built on an appalling set of lies that only death can reveal, to the title story about a penniless schoolteacher whose ambition turns murderous, I, Richard is filled with page-turning drama and unmatched suspense.

Thanks to Inspector Thomas Lynley, a squabbling group of Anglophiles discovers a killer in its midst, but little help is on hand when a picture-perfect town is shattered by an eccentric new resident's horrifying pet project. And when a wealthy husband is haunted by suspicions about his much-younger wife, it becomes clear that a man's imagination can be his own worst enemy.