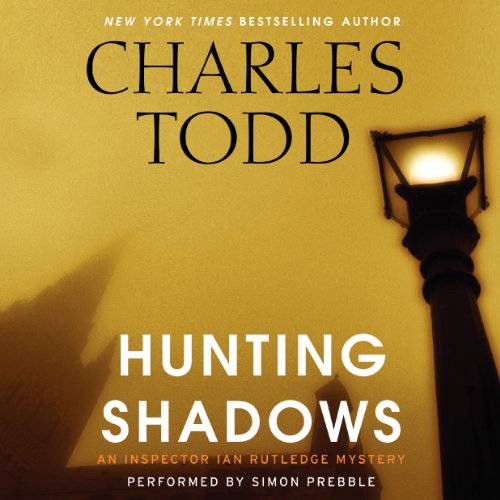 A dangerous case with ties leading back to the battlefields of World War I dredges up dark memories for Scotland Yard Inspector Ian Rutledge in Hunting Shadows, a gripping and atmospheric historical mystery set in 1920s England, from acclaimed New York Times best-selling author Charles Todd.

A society wedding at Ely Cathedral in Cambridgeshire becomes a crime scene when a man is murdered. After another body is found, the baffled local constabulary turns to Scotland Yard. Though the second crime had a witness, her description of the killer is so strange it's unbelievable.

Despite his experience, Inspector Ian Rutledge has few answers of his own. The victims are so different that there is no rhyme or reason to their deaths. Nothing logically seems to connect them - except the killer. As the investigation widens, a clear suspect emerges. But for Rutledge, the facts still don't add up, leaving him to question his own judgment.

In going over the details of the case, Rutledge is reminded of a dark episode he witnessed in the war. While the memory could lead him to the truth, it also raises a prickly dilemma. To stop a murderer, will the ethical detective choose to follow the letter - or the spirit - of the law?