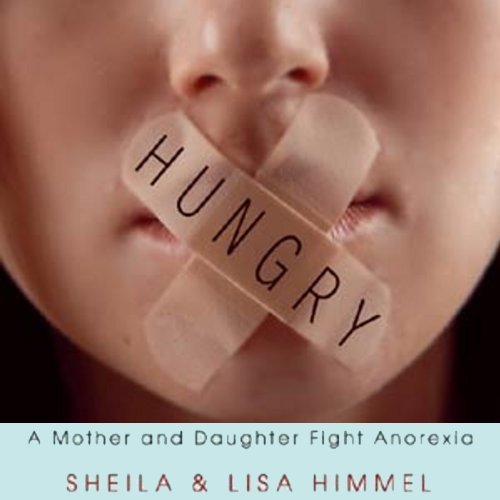 A unique eating-disorder memoir written by a mother and daughter.

Unbeknownst to food critic Sheila Himmel-as she reviewed exotic cuisines from bistro to brasserie- her daughter, Lisa, was at home starving herself. Before Sheila fully grasped what was happening, her 14-year-old with a thirst for life and a palate for the flavors of Vietnam and Afghanistan was replaced by a weight-obsessed, antisocial, 100 pound 19-year-old. From anorexia to bulimia and back again - many times - the Himmels feared for Lisa's life as her disorder took its toll on her physical and emotional well-being.

Hungry is the first memoir to connect eating disorders with a food-obsessed culture in a very personal way, following the stumbles, the heartbreaks, and even the funny moments as a mother-daughter relationship - and an entire family - struggles toward healing.