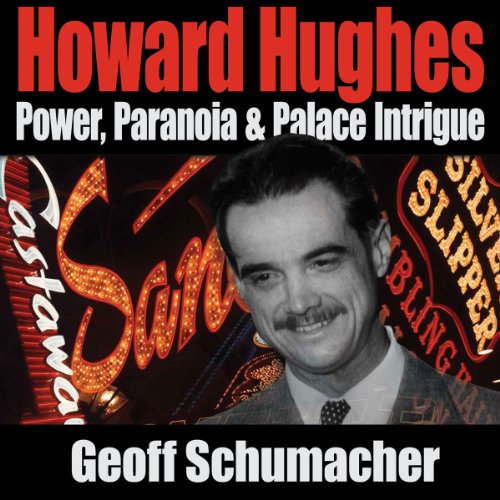 One of the most famous and enigmatic Americans of the 20th century, Howard Hughes challenged Hollywood's conventions and packed theaters with his blockbuster films Hell's Angels, Scarface and The Outlaw. He thrilled the world with his aviation exploits, shattering air speed records, flying around the world in record time and building the world's largest aircraft. Hughes was linked with almost every major film beauty of the 1930s and '40s, making him a favorite subject of the nation's gossip columns. One of the world's first billionaires, Hughes transformed his father's small fortune into a vast business empire.

But for all his celebrated achievements, Hughes' later years in Las Vegas - when drug addiction, bizarre behavior and a casino buying spree dominated his days - continue to draw the public's fascination. Geoff Schumacher, a veteran journalist and the author of Sun, Sin & Suburbia: An Essential History of Modern Las Vegas, delves into the Las Vegas years of Howard Hughes in this engrossing portrait of a man whose impact on the city is still being felt today.