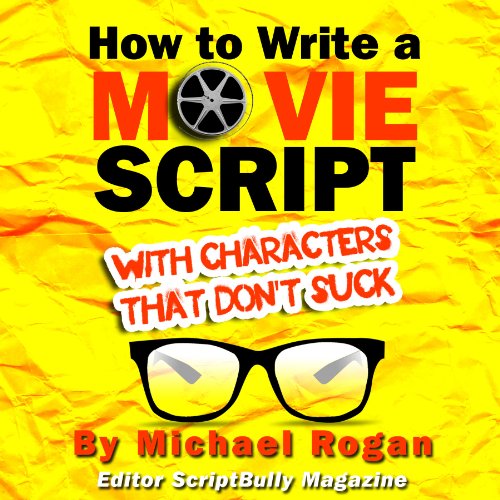 Learning how to write a movie script is more than just figuring out the margins and hitting a few plot points along the way. (Sorry, Syd Field.)

It's about infusing your movie scripts with emotion, dilemma, and the best kick-ass characters you can write.

Characters aren't just simply a part of the structure of a story.They are the story.

They're the way we emotionally connect to the events in a movie.

They're the bait we use to attract Hollywood talent to read our scripts.

They're the cultural icons and visual symbols that define-and sometimes even shake--a generation.

And they're what many screenwriters royally screw up most of the time.

It's not your fault.

I blame all the “how to write a movie script” books out therethat try to reduce the creation of characters to series of chemistry test-tube experiments. (If we can just figure out what our hero's favorite color or what Jungian archetype he represents or what two binary “values” he then we'll be halfway there.)

Unfortunately that's like asking Emeril Legasse to use a Betty Crocker cookbook.

We do not pay 40 dollars a plate for Emeril to use the “right” ingredients in his gumbo, or to give us a gumbo according to a rigid structure or to make sure he followed the rules.

We're looking for something magical. Something transcendent. Something…we've never had before.

And here's a secret…

So are actors and directors.

And actors and directors get stuff made in this business.

But the best way I know to teach you how to write a movie script and sell it is to focus on the characters.

Not their traits but their dilemmas. Their actions under stress. And it's hard to create the right stress, the right dilemmas, the right plot without knowing your character really, really well.

In How to Write a Movie Script With Characters That Don't Suck we'll go over:

I go over some 21st-century techniques-the internet is a wonderful thing-to find characters that are dynamic, unique and, ultimately, a little more personal. It's no coincidence that James Cameron's films all tend to be about individuals fighting against the evils of scientific progress. (The Abyss, Titanic, Avatar, Aliens)

Or that Steven Spielberg is interested in the child-like innocence of youth-and how to preserve and re-claim it against the forces that try to stamp it out. (Too many films to mention.)

But it helps to find out who the heroes and villains in your life are.

And if you stick with it, and push past your own resistance, you'll find your characters come alive.

And writing with characters like this, can be one of the biggest joys in the entire world. (Short of selling your movie script for hundreds of thousands of dollars and purchasing an overpriced Italian sports car.)