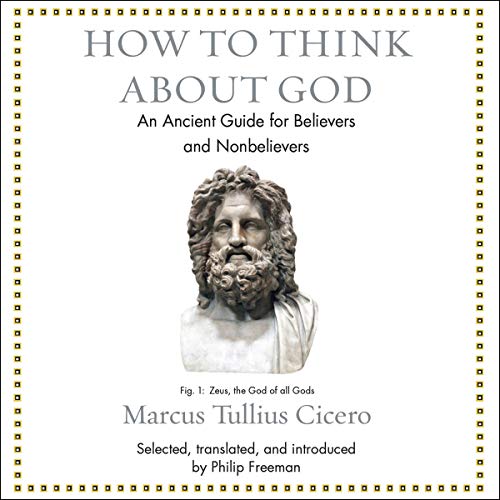 How to Think About God

Most ancient Romans were deeply religious and their world was overflowing with gods - from Jupiter, Minerva, and Mars to countless local divinities, household gods, and ancestral spirits. One of the most influential Roman perspectives on religion came from a nonreligious belief system that is finding new adherents even today: Stoicism. How did the Stoics think about religion? In How to Think About God, Philip Freeman presents vivid new translations of Cicero's On the Nature of the Gods and The Dream of Scipio. In these brief works, Cicero offers a Stoic view of belief, divinity, and human immortality, giving eloquent expression to the religious ideas of one of the most popular schools of Roman and Greek philosophy.

On the Nature of the Gods and The Dream of Scipio are Cicero's best-known and most important writings on religion, and they have profoundly shaped Christian and non-Christian thought for more than two thousand years, influencing such luminaries as Augustine, Thomas Aquinas, Dante, and Thomas Jefferson. These works reveal many of the religious aspects of Stoicism, including an understanding of the universe as a materialistic yet continuous and living whole in which both the gods and a supreme God are essential elements.

Das sagen andere Hörer zu How to Think About God