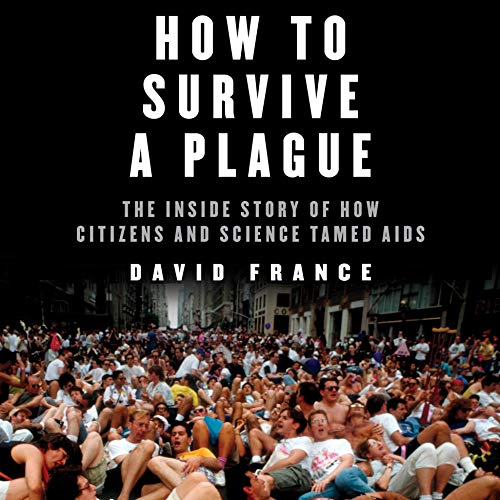 How to Survive a Plague

The definitive history of the successful battle to halt the AIDS epidemic - from the creator of, and inspired by, the seminal documentary How to Survive a Plague.

A riveting, powerful telling of the story of the grassroots movement of activists, many of them in a life-or-death struggle, who seized upon scientific research to help develop the drugs that turned HIV from a mostly fatal infection to a manageable disease. Ignored by public officials, religious leaders, and the nation at large, and confronted with shame and hatred, this small group of men and women chose to fight for their right to live by educating themselves and demanding to become full partners in the race for effective treatments. Around the globe, 16 million people are alive today thanks to their efforts.

Not since the publication of Randy Shilts' classic And the Band Played On has a book measured the AIDS plague in such brutally human, intimate, and soaring terms.

In dramatic fashion, we witness the founding of ACT UP and TAG (Treatment Action Group) and the rise of an underground drug market in opposition to the prohibitively expensive (and sometimes toxic) AZT. We watch as these activists learn to become their own researchers, lobbyists, drug smugglers, and clinicians, establishing their own newspapers, research journals, and laboratories, and as they go on to force reform in the nation's disease-fighting agencies.

With his unparalleled access to this community, David France illuminates the lives of extraordinary characters, including the closeted Wall Street trader turned activist, the high school dropout who found purpose battling pharmaceutical giants in New York, the South African physician who helped establish the first officially recognized buyers' club at the height of the epidemic, and the public relations executive fighting to save his own life for the sake of his young daughter.

Expansive yet richly detailed, this is an insider's account of a pivotal moment in the history of American civil rights. Powerful, heart-wrenching, and finally exhilarating, How to Survive a Plague is destined to become an essential part of the literature of AIDS.

"Prepare to have your heart buoyed and broken in this riveting account.... This highly engaging account is a must-read for anyone interested in epidemiology, civil rights, gay rights, public health, and American history." (Library Journal)

"A lucid, urgent updating of Randy Shilts' And the Band Played On (1987) and a fine work of social history." (Kirkus)

Das sagen andere Hörer zu How to Survive a Plague