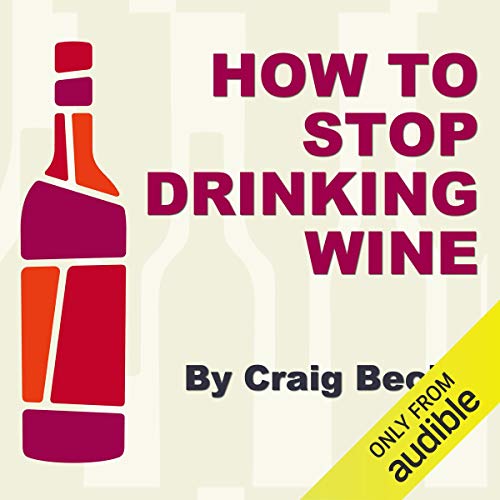 How to Stop Drinking Wine

How to Stop Drinking Wine

Are you addicted to wine o'clock? Has that little relaxing treat become a daily routine? Have you tried to cut down and found you can't?

Craig Beck is a well-regarded family man with two children, a lovely home and a successful media career; a director of several companies, and at one time the trustee of a large children's charity, Craig was a successful and functioning professional man in spite of a 'two bottles of wine a night' drinking habit. For 20 years, he struggled with problem drinking, all the time refusing to label himself an alcoholic because he did not think he met the stereotypical image that the word portrayed.

He tried numerous ways to cut down; attempting 'dry months', banning himself from drinking spirits, only drinking at the weekend and on special occasions (and found that it is astonishing how even the smallest of occasions can suddenly become 'special').

All these 'will-power' based attempts to stop drinking failed (exactly as they were destined to do). Slowly he discovered the truth about wine addiction, and one by one, all the lies he had previously believed started to fall apart. For the first time, he noticed that he genuinely did not want to drink anymore. In this audiobook, he will lead you though the same remarkable process.

The Craig Beck method is unique: