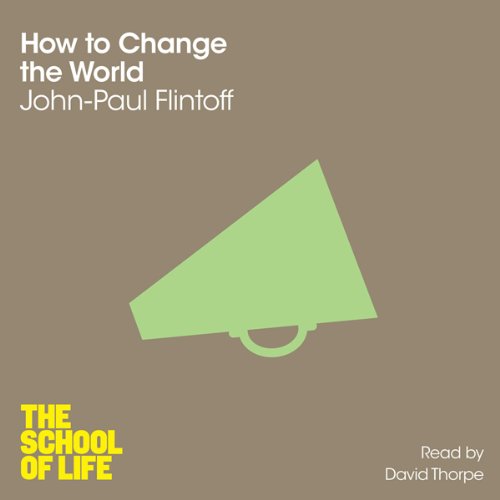 How to Change the World

Learn to take action and make a difference - one step at a time. How to Change the World combines insights from Tolstoy, Gandhi and Sartre and outlines a refreshing theory of political power, giving examples of successful non-violent action from across the world, from the start of recorded history to the present day. The book shows how careful planning by non-violent activists overthrew the feared dictator Slobodan Milosevic and reveals that, contrary to widespread belief, a great deal was done in Germany to curb Hitler's regime. If more people had done more – the book argues – perhaps the regime’s worst excesses might have been prevented altogether.

Of course, we don't all need to topple dictators, but any attempt to change the status quo requires us to overcome inertia, indifference and perhaps active hostility from people who feel threatened. How to Change the World shows that we can break down our goals into small pieces, and that there will never be a better time to start.

Das sagen andere Hörer zu How to Change the World