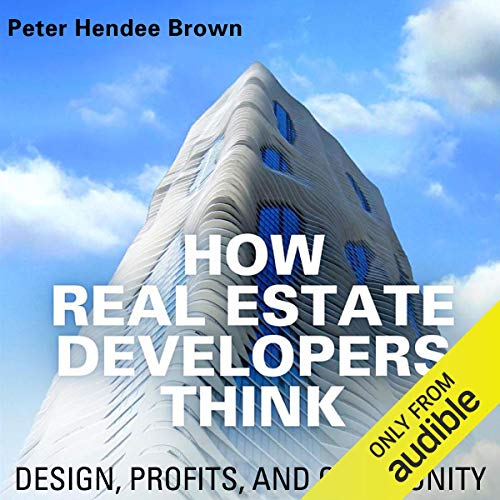 Cities are always changing: streets, infrastructure, public spaces, and buildings are constantly being built, improved, demolished, and replaced. But even when a new project is designed to improve a community, neighborhood residents often find themselves at odds with the real estate developer who proposes it.

Savvy developers are willing to work with residents to allay their concerns and gain public support, but at the same time, a real estate development is a business venture financed by private investors who take significant risks. Peter Hendee Brown explains the interests, motives, and actions of real estate developers, using case studies to show how the basic principles of development remain the same everywhere, even as practices vary based on climate, local culture, and geography.

How Real Estate Developers Think considers developers from three different perspectives. Brown profiles the careers of individual developers to illustrate the character of the entrepreneur; considers the roles played by innovation, design, marketing, and sales in the production of real estate; and examines the risks and rewards that motivate developers as people. Ultimately, How Real Estate Developers Think portrays developers as creative visionaries who are able to imagine future possibilities for our cities and communities and shows that understanding them will lead to better outcomes for neighbors, communities, and cities.

This book is published by University of Pennsylvania Press.

"Brown makes the great point that less conflict and more cooperation should lead to far better buildings and cities that are better places to live and work." ( Minneapolis Star Tribune)