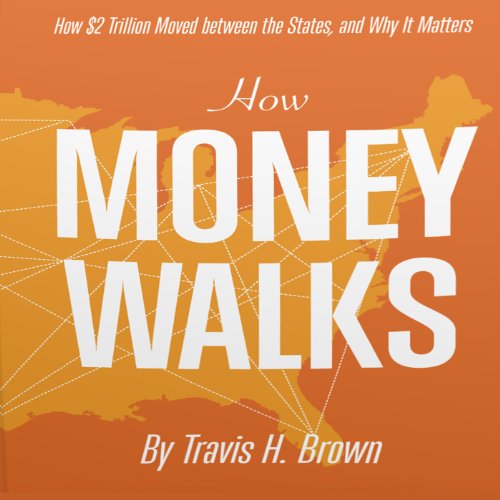 Between 1995 and 2010, millions of Americans moved between the states, taking with them over $2 trillion in adjusted gross incomes. Two trillion dollars is equivalent to the GDP of California, the ninth largest in the world. It's a lot of money.

Some states, like Florida, saw tremendous gains ($86.4 billion), while others, like New York, experienced massive losses ($58.6 billion). People moved, and they took their working wealth with them. The question is, why?

Why did Americans move so much of their income from state to state? Which states benefited and which states suffered? And why does it matter? Using official statistics from the IRS, How Money Walks explores the hows, whys, and impact of this massive movement of American working wealth.

Money and people moved from high-tax states to low-tax ones. And the tax that seemed to matter the most? The personal income tax. The states with no income taxes gained the greatest wealth, while the states with the highest income taxes lost the most.