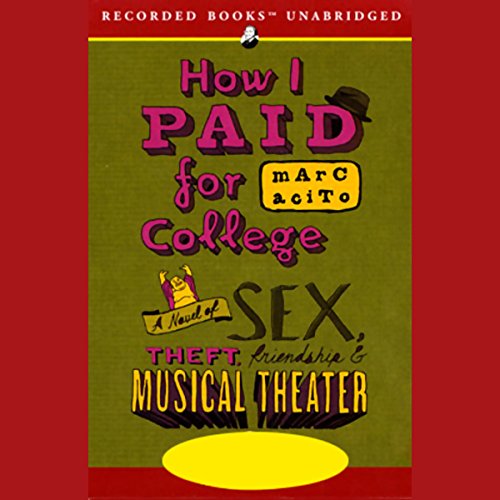 How I Paid for College

It's 1983, and 17-year-old Edward Zanni wants to study acting at Juilliard, but his newly remarried father, who earns too much for Edward to claim scholarship money, refuses to pay. So, Edward enlists the aid of his creative theater pals to swindle the money from his father. Posing as nuns and priests, the troupe concocts embezzlement and money laundering schemes to get Edward his badly needed cash.

How I Paid for College is a hilarious coming-of-age story that rings true with anyone who's ever dared to dream big.

"Acito nails his scenes one after another, from Edward's shifting (but always enthusiastic) sexuality to the silly messes he gets himself into. The result is a thumbs-up winner from a storyteller whose future looks as bright as that of his young hero." (Publishers Weekly)
"A witty high school romp....Acito's characters are a self-consciously eccentric crew, but their haphazard friendships and over-the-top scheming are thoroughly believable. The ease with which Acito has choreographed their crazy capers makes you hope there's lots more where all this came from." (The New York Times Book Review)

Das sagen andere Hörer zu How I Paid for College

a must read for everyone who isn't afraid of the words sex, dick, butt asshole, motherfucker -

the speaker is so great, sometimes you wonder how many voices one man can imitate.