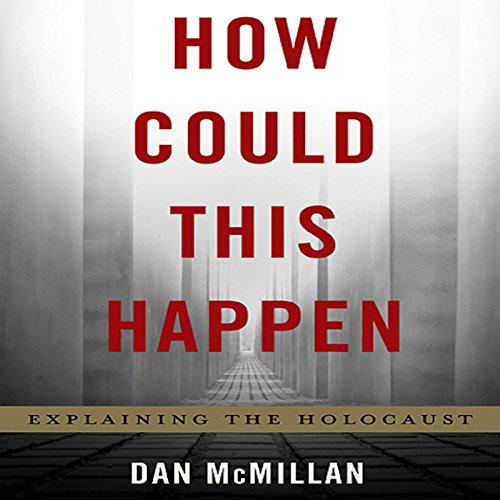 How Could This Happen

The Holocaust is the defining event of the twentieth century and perhaps all of modern history. Yet for too long, we have ignored the vital question of how and why such a monstrous event could have happened at all. Now, in How Could This Happen, historian Dan McMillan distills the existing Holocaust research into a cogent explanation of the genocide’s causes, revealing how a once progressive society like Germany could commit murder on such a massive scale. Countless barriers stand between stable societies and genocide, McMillan explains, but in Germany these buffers began to topple well before World War II. From Hitler’s meteoric rise to deep-rooted European anti-Semitism to the dehumanizing effects of World War I, McMillan uncovers the many factors that made the Holocaust possible.

Persuasive and compelling, How Could This Happen illustrates how a perfect storm of bleak circumstances, malevolent ideas, and societal upheaval unleashed history’s most terrifying atrocity.

Das sagen andere Hörer zu How Could This Happen