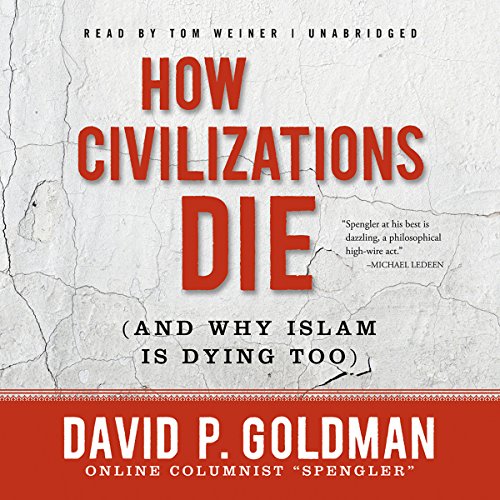 How Civilizations Die (and Why Islam Is Dying Too)

Past and present civilizations failed and fail for many reasons, but the number-one predictor of a civilization’s survival is its sense of religion—or lack thereof. So argues First Things columnist David Goldman in How Civilizations Die (and Why Islam Is Dying Too).

The strength of a civilization’s religion affects its purpose, its fertility rate, and ultimately, its fate, says Goldman—who then argues that, contrary to popular belief, Islamic countries are in the last throes of death while Christian America is in a position to flourish. Goldman goes on to say that America must embrace our exceptionalism and stop trying to save Muslim countries that are determined to destroy themselves.

Original, stunning, and provocative, How Civilizations Die shows the power of religion to save—or doom—a society and why, if we stick to our principles, we will emerge as leader of another American century.

"David Goldman muses on population trends and religion with a breathtaking depth, originality, and panache." (Daniel Pipes, president of the Middle East Forum)