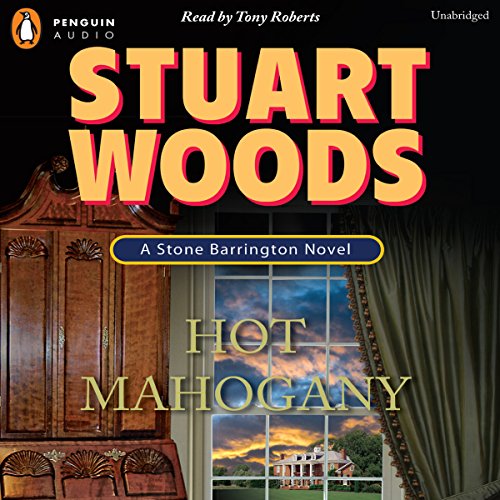 In Stuart Woods's engaging new thriller, Stone Barrington is lured from Elaine's to New England and the genteel but cutthroat world of priceless antiques, historic homes, and lavish country estates.

In a place dominated by bluebloods and their inherited wealth, along with the nouveau riche, there are surprisingly fewrules of engagement, and Stone finds himself navigating a dangerous course, one where even the most expensive and sought-after status symbols are sometimes stolen and sometimes clever fakes, though no less priceless. With its swift action, bold characters, and wit as dry as th e best martini, Hot Mahogany is another must-read from th e pen of a master entertainer.