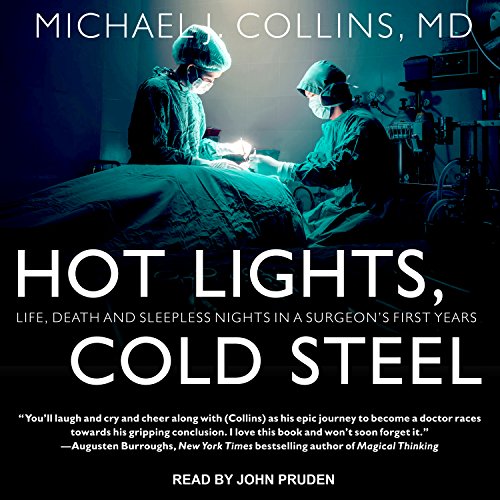 When Michael Collins decided to become a surgeon, he was totally unprepared for the chaotic life of a resident at a major hospital. A natural overachiever, Collins' success in college and medical school led to a surgical residency at one of the most respected medical centers in the world, the famed Mayo Clinic. But compared to his fellow residents, Collins felt inadequate and unprepared. All too soon the euphoria of beginning his career as an orthopedic resident gave way to the feeling he was a counterfeit, an imposter who had infiltrated a society of brilliant surgeons.

This story of Collins' four-year surgical residency traces his rise from an eager but clueless first-year resident to accomplished chief resident in his final year. With unparalleled humor he recounts the disparity between people's perceptions of a doctor's glamorous life and the real thing: a succession of run-down cars that are towed to the junkyard, long weekends moonlighting at rural hospitals, a family that grows larger every year, and a laughable income.