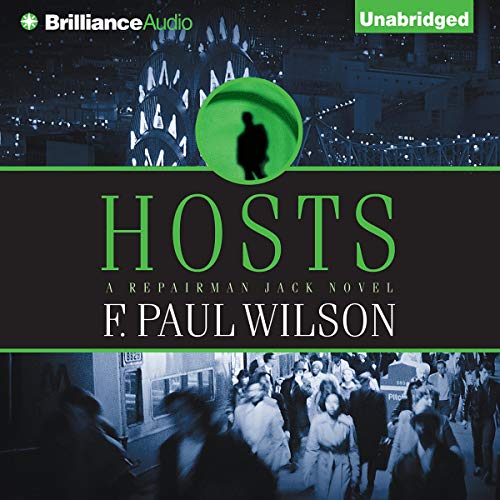 Repairman Jack has been tearing up the urban adventure scene ever since he was introduced in the New York Times best seller, The Tomb. Jack has no last name, no social security number, and no qualms when it comes to getting the job done - even if it means putting himself in serious danger.

Hosts starts with a bang when Jack has to stop a psychotic's shooting rampage on a subway car - but there are witnesses, and Jack’s essential anonymity is threatened.

A good deal more is threatened when the lover of Jack’s sister Kate survives a brain tumor, thanks to an experimental treatment, only to join a strange cult called “the Unity”. Now Jack must face a new kind of enemy, a virally-based group mind that wants to take over him, and the world.

“Jack is righteous!” (Andrew Vachss)
“The Tomb is one of the best all-out adventure stories I’ve read in years.” (Stephen King, President of the Repairman Jack fan club)