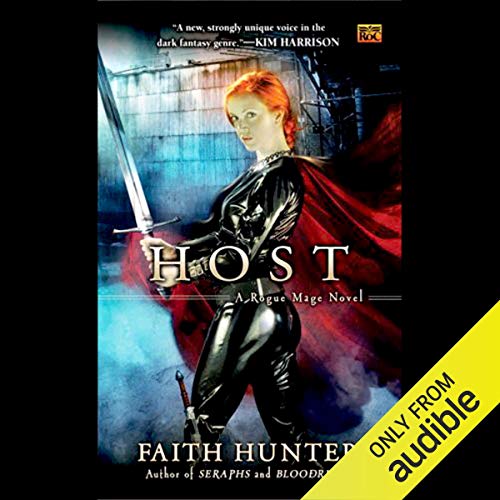 In a post-apocalyptic ice age, neomage Thorn St. Croix was nearly driven insane by her powers. She lived as a fugitive, disguised as a human, channeling her gifts for war into stone-magery. When she was discovered, her friends and neighbors accepted her, but warily.

Not so the mage who arrives from the Council of Seraphs, who could be her greatest ally or her most dangerous foe. And when her long-gone sister, Rose, is revealed to still be alive, Thorn must make a choice - and risk her own life in the process.

"Hunter's world continues to expand in this highly original fantasy with lively characters where nothing can ever be taken for granted." ( Publishers Weekly)

This is the final installment of the series so far

And probably forever, and while it gives some closure to a few open questions, the end is tailormade for additional books, that might never come. Reading this and or listening to it will only be advisable if you have the imagination of a fanfiction writer to finish and bind the loose ends you will be left with.

If you do then this is a great "read" and fitting but tear-full end to a great fantasy saga.