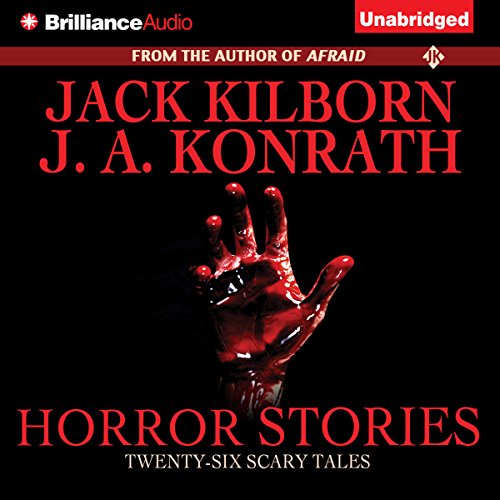 This collection features a menagerie of horror stories. Some are scary. Some are disturbing. Some are funny. Meet werewolves, vampires, zombies, psychopaths, aliens, cannibals, ghosts, and various things that go bump in the night.

Previously published in dozens of anthologies and magazines, some of these tales are mild, but some are extreme. Let the reader beware...

Finicky Eater - It's after a nuclear war, and a mother and her son are in a fallout shelter, the food long long...

The Screaming - Van Helsing and vampires, in 1960s England.

The Shed - Two burglars find the door to hell.

Them's Good Eats - Rednecks vs. aliens, on a spaceship ride of horrors.

First Time - A coming of age tale where all may not be what it seems.

Forgiveness - A dying serial killer asks for a priest to hear his last confession.

Redux - Ghost story noir, about a private eye and a deadly haunting.

Symbios - A sci-fi novella about man's first encounter with alien life, and how things can quickly turn bad.

Embrace - A bit of gothic horror.

Markey - Flash fiction, from a twisted point of view.

Punishment Room - A horrific suspense tale about a not-so-distant future.

The Agreement - A gambler pays the ultimate price to get out of a debt.

Well Balanced Meal - The worst restaurant you've ever been in.

S.A. - A werewolf novella about a Shapshifters Anonymous group that must battle Santa Claus.

Appalachian Lullaby - What do you do with a radioactive monkey?