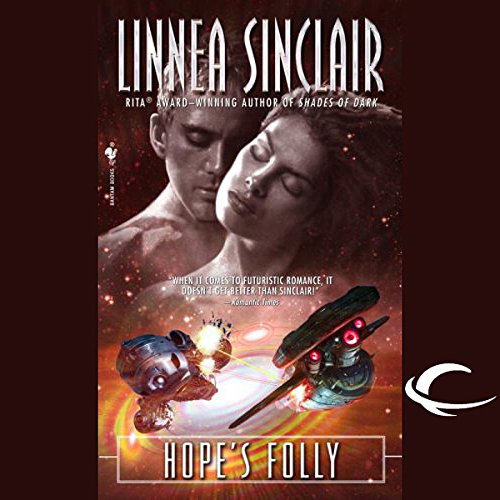 Admiral Philip Guthrie is in an unprecedented position: on the wrong end of the law, leading a ragtag band of rebels against the oppressive Imperial forces. Or he would be if he could get his command ship, the derelict cruiser called Hope's Folly, functioning. Not much can rattle Philips legendary cool, but the woman who helps him foil an assassination attempt on Kirro Station will. She's the daughter of his best friend and first commander, a man who died while under Philips command and whose death is on Philips conscience.

Rya Bennton has been in love with Philip Guthrie since she was a girl. But can her childhood fantasies survive an encounter with the hardened man, and newly minted rebel leader, once she learns the truth about her fathers death? Or will her passion for revenge put not only their hearts but their lives at risk?

Its an impossible mission: A man who feels he can't love. A woman who believes she's unlovable. And an enemy who will stop at nothing to crush them both.