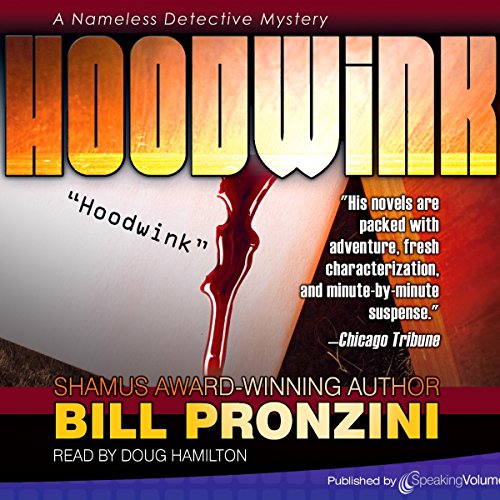 Former pulp writer and current hack Russell Dancer invites Nameless to the first annual Western Pulp Convention in San Francisco. He wants Nameless to help him locate the person who is trying to blackmail Dancer for a purported plagiarism of a story called "Hoodwink". Arriving at the convention, Nameless discovers that a group of former friends (and now uncomfortable colleagues) have all received blackmail notes.

Nameless is in seventh heaven as he meets many of his favorite pulp writers, buys pulp novels for his collection and meets a stunning younger woman who is the daughter of two famous pulp writers. For once, Nameless has some luck with the ladies. But is Kerry Wade attracted to him, or to his job as a private eye? Is he really attracted to her, or to her connection to the pulps?

The convention is unexpectedly disrupted when one of the guests is found dead in a locked room while Russell Dancer is holding a gun that's been recently fired. It looks like an obvious case of murder by Dancer, who has been feuding with the man. Dancer denies his guilt, and only Nameless is willing to believe him. As Nameless tracks down the guilty party, he finds himself faced with a second locked room mystery...and a target for a murderer.