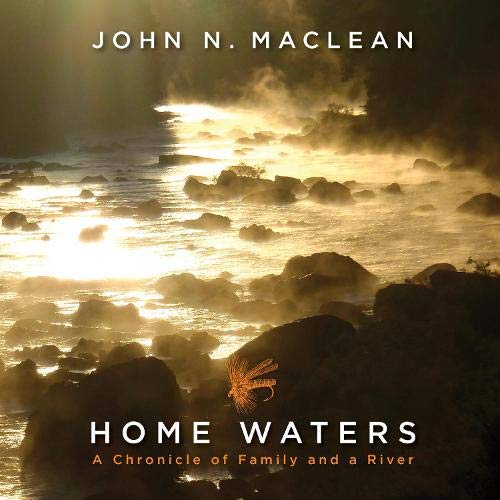 In the spirit of his father's beloved classic, A River Runs through It, comes John N. Maclean’s true chronicle of his family and their bond with Montana's Blackfoot River - a profound and beautiful story about the power of place to bind generations, past and present

“Maclean’s Hemingway-esque prose is as clear as a mountain stream, flowing with a poetic cadence.” (Booklist)

“The trout completed its curve in an undulating, revelatory sequence. A greenish speckled back and a flash of scarlet on silver along its side marked it as a rainbow. One slow beat, set the hook... in those first seconds I felt a connection to a fish of great size and power."

So begins John N. Maclean's remarkable memoir of his family's century-long love affair with Montana's majestic Blackfoot River, which his father, Norman Maclean, made legendary. Now himself past the age that his father published his best-selling novella, Maclean returns annually to the simple family cabin that his grandfather built by hand, still in search of the fish of a lifetime. When he hooks it at last, decades of longing promise to be fulfilled, inspiring John, reporter and author, to finally write the story he was born to tell.

A book that will resonate with everyone who feels deeply rooted to a place, Home Waters is chronicle of a family who claimed a river, from one generation to the next, of how this family came of age in the 20th century and later as they scattered across the country, faced tragedy and success, yet were always drawn back to the waters that bound them together. Here are the true stories behind the beloved characters fictionalized in A River Runs Through It, including the Reverend Maclean, the patriarch who introduced the family to fishing; Norman, who balanced a life divided between literature and the tug of the rugged West; and tragic yet luminous Paul (played by Brad Pitt in Robert Redford’s film adaptation), whose mysterious death has haunted the family and led John to investigate his uncle’s murder and reveal new details in this book.

A universal story about the power of place to shape families, and a celebration of the art of fishing, Maclean’s memoir beautifully portrays the inextricable ways our personal histories are linked to the places we come from - our home waters.