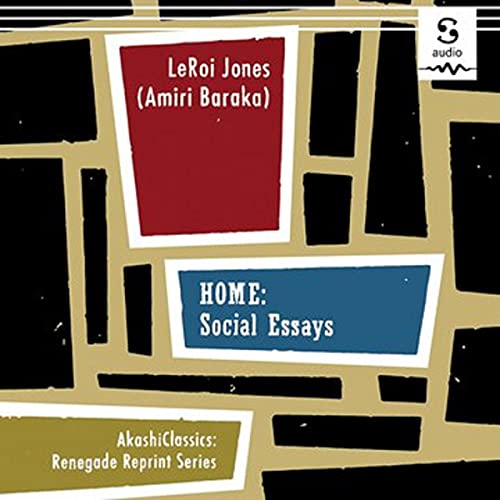 Home is, in effect, the ideological autobiography of LeRoi Jones/Amiri Baraka. The two dozen essays that constitute this book were written during a five-year span - a turbulent and critical period for African Americans and Whites. The Cuban Revolution, the Birmingham bombings, Robert Williams’s Monroe Defense movement, the Harlem riots, the assassination of Malcolm X...each changed the way Jones/Baraka looked at America. This progressive change is recorded with honesty, anger, and passion in his writings.